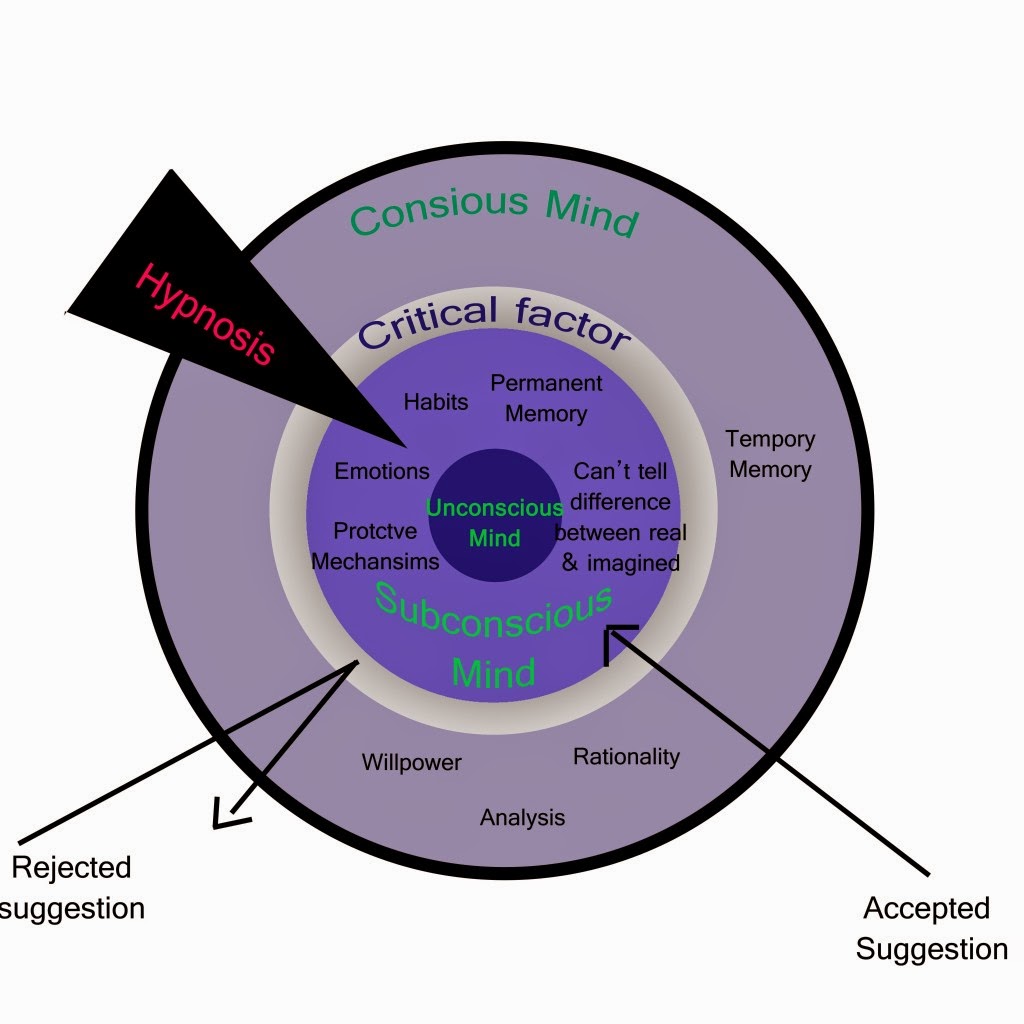 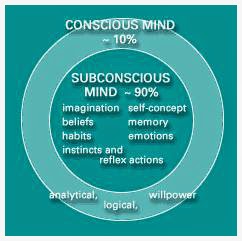 A simple way of understanding how hypnosis works is to view the mind as having 3 separate components:
In reality these minds intermingle and overlap, creating the complex web of our brains, but if we view these minds as separate entities we can understand how and why hypnosis is so effective.
Just as all human beings have different personalities and tendencies, the same can be said about the conscious, subconscious and unconscious minds.
The Conscious Mind
The conscious mind is, of course, where all of our conscious thoughts and actions originate. It is also the area of the mind that willpower, rationality and the ability to analyze reside. All temporary thoughts are stored here.
This is the area of the mind that psychologists appeal to, rationalizing situations with the hope that the client may find peace in that conscious knowledge.
However, as many people know, even though consciously we may be aware of why we behave a certain way, and want to change that behavior, more often than not we continue that behavior anyway.
Take, for example, a mother who yells constant abuse at her children even though she knows it’s wrong and would like to stop. Consciously she knows all the reasons why she does it – it was the way she was raised – but still she does not stop the behavior. The same story goes for the overweight person with high blood pressure that continues to eat fatty foods and the smoker who has watched both smoking parents die of lung cancer. Consciously they all know, but just can’t seem to change.
So why can’t we change with willpower and rational thinking alone? Well it’s the personality of the conscious mind. It’s lazy. The conscious mind follows the lead of the subconscious and rarely overpowers it.
The Critical Factor
The critical factor can viewed as a protective barrier between the conscious and subconscious minds. Its purpose is to protect the subconscious from negative experience by either accepting or rejecting suggestions and experiences. On the whole it works very effectively but can work against us when we want to change a pattern.
For example you may state to yourself that you will not eat anymore chocolate again because you want to lose weight. However, the subconscious mind may have a pattern already formed where you eat lots of chocolate because it remembers how much pleasure it bought you as a child on holidays. It doesn’t matter that it was the holiday at the time that made you happy, the fact was that you were eating chocolate at the same time as being happy and so that’s the pattern that was created. You eat to be happy even though consciously you know it’s silly. In this case, the critical factor rejecting your analysis and rationalization hurts you.
The Subconscious Mind
The subconscious mind contains every experience that you have ever had, whether you were or are aware of that experience or not. It holds all of this in its permanent memory and doesn’t know the difference between real and imagined.
Using past experience, the subconscious mind creates patterns and habits for you to follow automatically. These patterns are created as a reaction to experience without rational thought and may be viewed, consciously, as either negative or positive.
If there is a pattern in our subconscious mind that we are trying to overcome with willpower, the subconscious mind will work very hard to beat the conscious mind into submission. For example, when trying to quit smoking cold turkey, people report withdrawal symptoms that include persistent negative thoughts or even lighting a cigarette without consciously realizing it!
The Unconscious Mind
The unconscious mind stores and controls the automatic nervous system and immune system which are basically all of your physical body processes that you don’t think about. I.e. the beating of your heart and breathing. It is also accessible with hypnosis, but doesn’t tend to be used unless the client is requesting physical healing.
The Hypnotic Effect
Put simply, hypnosis bypasses the critical factor allowing access to the subconscious mind.
Because the subconscious mind does not know the difference between real and imagined experience, when we access it through hypnosis, by visualizing or imaging what we want as well as repeating positive phrases, the subconscious mind uses those experiences to reprogram its patterns. This brings about wonderful, positive change with much less effort.
So Will I Lose Control & Be Made to do Something I Don’t Want to?
The critical factor doesn’t disappear entirely during hypnosis it just lets its guard down so to speak. Further more, you will be consciously aware during the whole process and the conscious mind is just as capable of rejecting suggestions as the critical factor is.
This is why it is important for you to remain positive consciously and to say ‘YES’ internally when the hypnotist is giving you suggestions. That is your part of the process, agree and whole heartedly commit to your desired outcome and the hypnotist will make it easy. 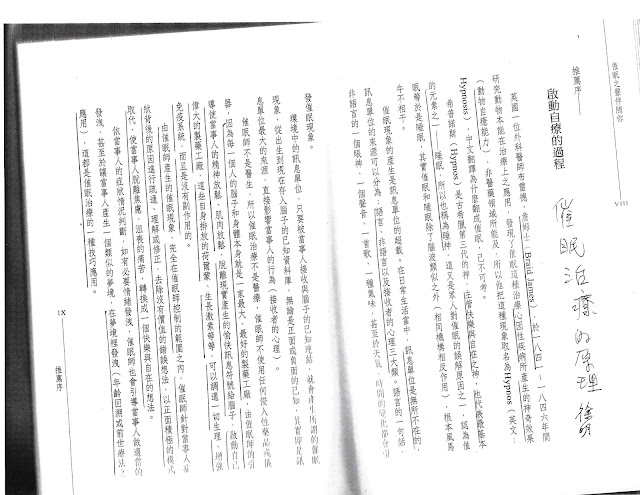 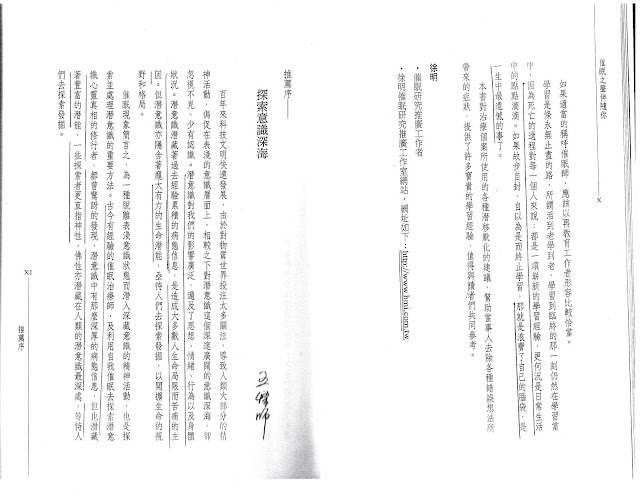 Posted by Donna Wong - Hypnotherapist and dream therapist at 11:21 AM