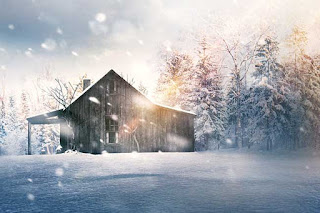 Forgiveness Power Journey 寬恕力量之旅 - Movie Workshop 28 1 2018
The Author of " The Shack", Paul Young said, SHACK is a metaphor for the house you build out of your own pain, you get stuck, you get hurt, you get damaged until you uncover the secret of yourself, a process of healing of yourself. It is the author's 11 years self development journey from a broken shack to a heaven house inside himself, representing in the book and the movie - THE SHACK

About the Book author
Unhappy childhood, abused, lonely child, searching for identity
Depression, suicidal until he becomes his own healer

Mackenzie Allen Phillips’s youngest daughter, Missy, has been abducted during a family vacation, and evidence that she may have been brutally murdered is found in an abandoned shack deep in the Oregon wilderness. Four years later, in this midst of his great sadness, Mack receives a suspicious note, apparently from God, inviting him back to that shack for a weekend. Against his better judgment he arrives at the shack on wintry afternoon and walks back into his darkest nightmare. What he finds there will change his life forever. http://wmpaulyoung.com/the-shack/

written primarily as a way to create unique gifts for his friends, until his wife repeatedly urged him to write something for their six children in order to put down in one place his perspectives on God and on the inner healing Young had experienced as an adult. The resulting manuscript, that later became The Shack, was intended only for his six kids and for a handful of close friends.[1]


Young initially printed just 15 copies of his book. Two of his close friends encouraged him to have it published, and assisted with some editing and rewriting in order to prepare the manuscript for publication. After rejection by 26 publishers, Young and his friends published the book under the name of their newly created publishing company, Windblown Media, in 2007. The company spent only C$200 in advertising;[2] word-of-mouth referrals eventually drove the book to number one on the New York Times trade paperback fiction best-seller list in June 2008.[3][4] "The Shack" was the top-selling fiction and audio book of 2008 in America through November 30.[5]
The novel is set in the American Northwest. The main character is Mackenzie Allen Phillips, a father of five called "Mack" by his family and friends. Four years prior to the main events of the story, Mack takes three of his children on a camping trip to Wallowa Lake near Joseph, Oregon, stopping at Multnomah Falls on the way. Two of his children are playing in a canoe when it flips and almost drowns Mack's son. Mack is able to save his son by rushing to the water and freeing him from the canoe's webbing, but unintentionally leaves his youngest daughter Missy alone at their campsite. After Mack returns, he sees that Missy is missing. The police are called, and the family discovers that Missy has been abducted and murdered by a serial killer known as the "Little Ladykiller". The police find an abandoned shack in the woods where Missy was taken. Her bloodied clothing is found, but her body is not located. Mack's life sinks into what he calls "The Great Sadness"
As the novel begins, Mack receives a note in his mailbox from "Papa", saying that he would like to meet with Mack that coming weekend at the shack. Mack is puzzled by the note—he has had no relationship with his abusive father since he left home at age 13. He suspects that the note may be from God whom his wife Nan refers to as "Papa".
Mack's family leaves to visit relatives and he goes alone to the shack, unsure of what he will see there. He arrives and initially finds nothing, but as he is leaving, the shack and its surroundings are supernaturally transformed into a lush and inviting scene. He enters the shack and encounters manifestations of the three persons of the Trinity. God the Father takes the form of an African American woman who calls herself Elousia and Papa; Jesus is a Middle Eastern carpenter; and the Holy Spirit physically manifests as an Asian woman named Sarayu.
The bulk of the book narrates Mack's conversations with Papa, Jesus, and Sarayu as he comes to terms with Missy's death and his relationship with the three of them. Mack also has various experiences with each of them. Mack walks across a lake with Jesus, sees an image of his (Earthly) father in Heaven with Sarayu, and has a conversation with Sophia, the personification of God's wisdom. At the end of his visit, Mack goes on a hike with Papa, now appearing as an older Native American male, who shows him where Missy's body was left in a cave.
After spending the weekend at the shack, Mack leaves and is so preoccupied with his thoughts that he is nearly killed in an automobile accident. After his recovery, he realizes that he did not in fact spend the weekend at the shack, but that his accident occurred on the same day that he arrived at the shack. He also leads the police to the cave that Papa revealed, and they find Missy's body still lying there. With the help of forensic evidence discovered at the scene, the Little Ladykiller is arrested and put on trial.
https://en.wikipedia.org/wiki/The_Shack 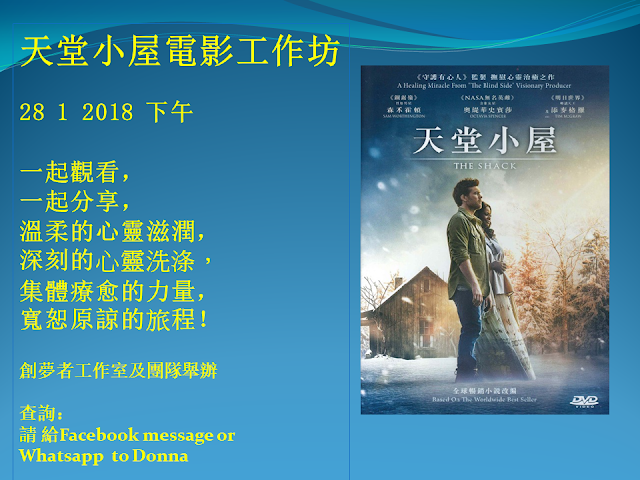 Paul Said： The little girl Missy is himself as a dead kid, abused to death
and the adult father is present him, after healing, he becomes a totally different man.

LOSS: in the movie, the family lose a beautiful daughter. What is the metaphor /meaning of loss:

It is his picture: He used to lose himself and almost kill himself.
identity when he grew up in overseas, traveled in different countries and back to Canada, at 10, he did not who he was,

He was dead almost, feeling worthless, that is the meanings of LOSS.

天堂小屋，One of the best movies I have seen. It is an excellent example of movie therapy, dream therapy and mixed with real life story. It helps us to find our true selves and to truly love ourselves by
forgiving ourselves and others.

天堂小屋， helps us to find our true selves and truly love ourselves by forgiving ourselves and others. My Reflection on "The Shack"
這就是潛意識！這就是夢境，每一個人物，東西都有自己影子，自己的一部分，每個角色，都和成長記憶和經歷有關。

The title of the book is a metaphor for "the house you build out of your own pain", as Young explained in a telephone interview.[5] He also told radio host talk show Drew Marshall that The Shack "is a metaphor for the places you get stuck, you get hurt, you get damaged...the thing where shame or hurt is centered."[6]

William Paul Young: "The Shack and its Aftermath" | Talks at Google

Wm. Paul Young - The Reality And Humanity Of The Shack ('Are You Real' Podcast 2016)

[Verse 2]
Ain't it the sinner
Who gets all the grace sometimes
Ain't it the saint
Who picks up the pieces left behind
Yeah, and it's human to hurt the one
You hurt the one you love the most
And you can't find the sun

Email ThisBlogThis!Share to TwitterShare to FacebookShare to Pinterest
Labels: movie workshop on The Shack